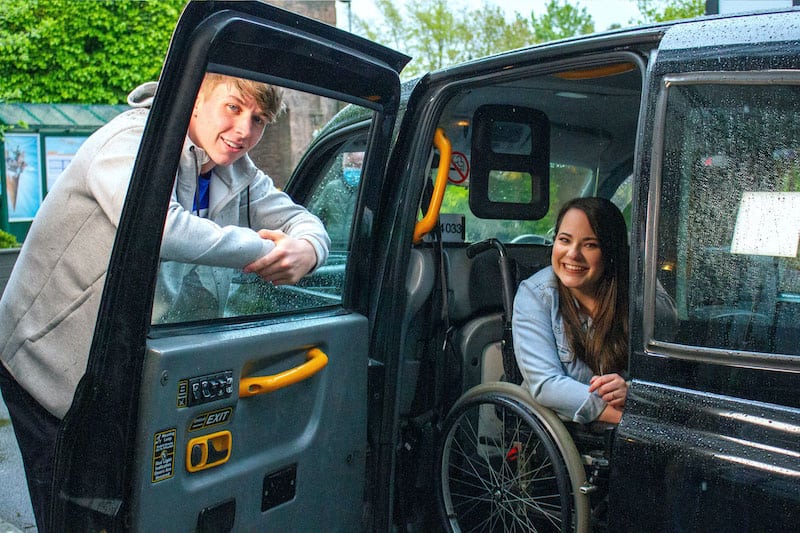 Amy Conachan is a 31-year-old actress from Glasgow, Scotland. She is best known for playing Courtney Campbell in Hollyoaks.
Our writer, Emma Purcell, got the opportunity to interview Amy Conachan about her career as an actress, her time as Courtney in Hollyoaks, her upcoming role in a new musical and her thoughts on disability representation in the media.
Amy Conachan has a rare spinal condition, which she describes as having legs that are “really small” and “don’t work” because her spinal cord “doesn’t go all the way down”. As a result, she uses a wheelchair.
In 2012, she became the first disabled student to study acting at the Royal Conservatoire Scotland.
A year after graduating, Amy got cast as science teacher Courtney Campbell in the Channel 4 soap Hollyoaks and went on to be a regular character on the show until June 2021.

Throughout her five years in the fictional Chester village, Amy’s character embarked upon some dramatic and emotional storylines.

These included giving birth to her daughter Iona, smuggling drugs overseas, being the victim of blackmail, becoming a murder suspect, and tragically becoming a widow on her wedding night after her new husband Jesse passes away.

Amy is now set to star in her musical debut when she performs in Orphans at the National Theatre of Scotland in April 2022.
Click here to read full article https://disabilityhorizons.com/2022/01/amy-conachan-disabled-actress-best-known-for-playing-courtney-campbell-in-hollyoaks/