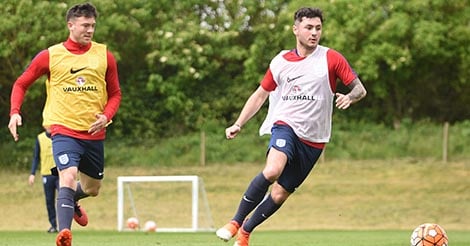 My name is David Porcher and I play for the England Cerebral Palsy football team and also for Harefield United. I grew up in Livingston, just outside Edinburgh in Scotland, and now I am living in west London with my girlfriend.
My earliest football memory was when I must have been five or six. I managed to walk out on the pitch at Livingston as a mascot and I did a few drills - I loved it. Ever since then I have wanted to be a footballer.
I started going to Hearts games with my dad and had a season ticket. I then got into football more myself when I was about five or six, where I was doing training and stuff like that. I started playing for a mainstream team when I was about ten and I managed to play mainstream football for Hibernian, which was weird considering I supported Hearts!
Read more at: https://www.englandfootball.com/articles/2022/Feb/07/david-porcher-grassroots-story-20220207

PrevPreviousThe average bipolar diagnosis time is nearing 10 years, but why? – Press and Journal
NextSaliva test could detect a host of diseases from type 2 diabetes to dementia – Daily MailNext