Left in the dark — Epilepsy Action

Left in the dark — Epilepsy Action 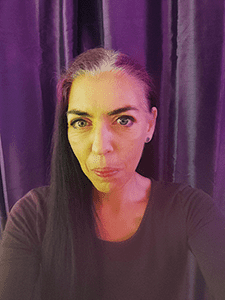 There are a lot of ways in which the time shortly after an epilepsy diagnosis can leave you feeling a bit lost. It can cast a threatening shadow of uncertainty over your plans and hopes for the future and leave you with more questions than answers. Luckily, organisations like Epilepsy Action are there so you can speak to someone who understands, and can get some answers and support to get things back on track.
But the worries that surround a diagnosis are not the only way you can be plunged into darkness by epilepsy…
Jo is 49, lives in Bradford, and has had epilepsy since around the age of 22. She has tonic-clonic, atonic and focal seizures, and has them in the daytime and during sleep. She currently takes clobazam, which she has had for a few years, and Tegretol (carbamazepine), which she has had for around 20 years. Despite trying many epilepsy medicines, Jo’s seizures have been uncontrolled since she first started having them.
Read more at: https://www.epilepsy.org.uk/news/features/left-dark-75878

PrevPreviousCHRONIC PAIN What is fibromyalgia? – The Scottish Sun
Next'I never saw a body like mine on screen' — Daily MailNext